Perhaps the most frightening thing to hit the web this week, 49-year-old Cathy Ward shows off her 22-hour long Twilight back tattoo. The supermarket worker decided to get the tattoo as a "thank you" to the series for helping her lose weight. 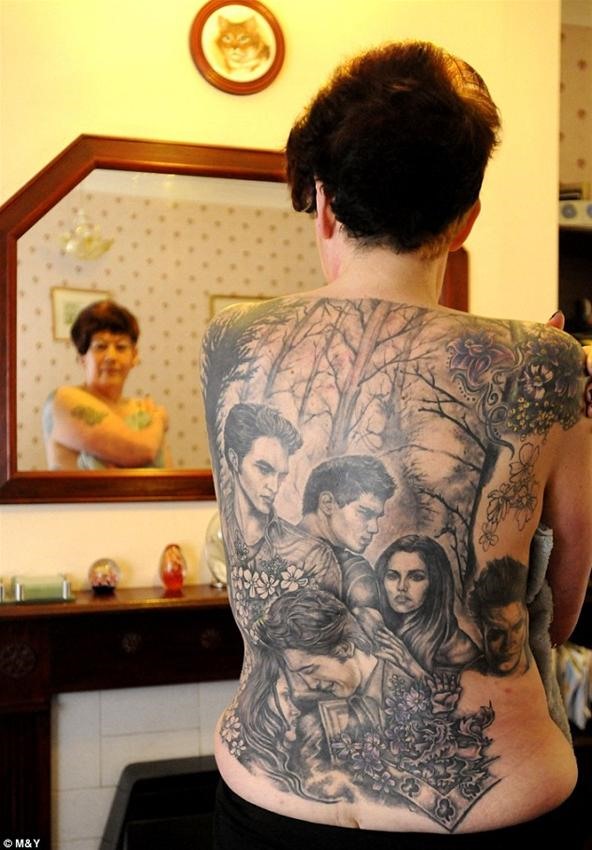 "Ward was desperate to get almost the whole cast of blood-sucking characters on her back because she claims they helped her lose five stone.

Despite working in the cake department, she ditched calorie-laden foods in favour of getting stuck into the popular books and movies– and dropped 14 dress sizes in just six months.

Mrs Ward said: 'A friend of mine got me the first film on DVD because I was feeling low. Once I started I just couldn't stop myself. I had to go out and buy all the books and films. I got hooked. It became my way of rewarding myself. I wanted a permanant reminder of the amazing series so I got a small tattoo and that turned into what I have got now.'" 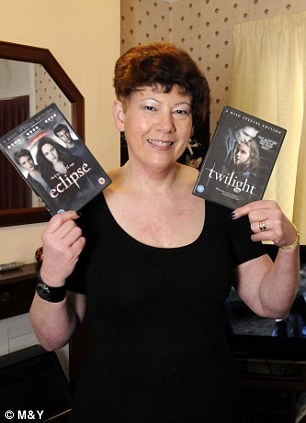 "'I love Robert Pattinson. I want to tone up so I can get his character Edward Cullen on my stomach. The way I look at it I could be spending the money on going out drinking and eating but instead I'm spending it on something I am really passionate about.'"

Want to master Microsoft Excel and take your work-from-home job prospects to the next level? Jump-start your career with our Premium A-to-Z Microsoft Excel Training Bundle from the new Gadget Hacks Shop and get lifetime access to more than 40 hours of Basic to Advanced instruction on functions, formula, tools, and more.

Other worthwhile deals to check out:

Join the Next Reality AR Community

Get the latest in AR — delivered straight to your inbox.